Trends presented in runaways are not only extended to fashion but to behaviour, politics and society. For this reason, brands that promote diversity and body positivity are ahead in the curve and do one good favour for the society. But more than that, they play the right role in fashion – to guide society towards a future of acceptance, equality and inclusion.

Several brands are using the hype of feminism and body positivity “online zeitgeist” in their shows and clothes for instance. But we all know that the issue requires more than Tshirts and diverse casting for the shows. If they are doing their homework and keeping it real outside the runaways, it remains to be seen, but

Prabal Gurung had a very political show with the moto of #femininitywithabite the show had two plus size models. Candice Rufine and Marquita Pring

Christian Siriano has become as synonymous with inclusivity has he is with jaw-dropping evening wear. Once again, the designer showed the entire fashion industry what a truly inclusive runway looks like at his fall ’17 show.

At the Grand Ballroom at the Plaza Hotel, Siriano presented a range of lacquered velvet sets, animal-printed party dresses, and dreamy ball gowns on an equally diverse set of models — diverse in race, in size, and in industry experience. The lineup included women ranging from size 2 to 16, according to Cosmopolitan. 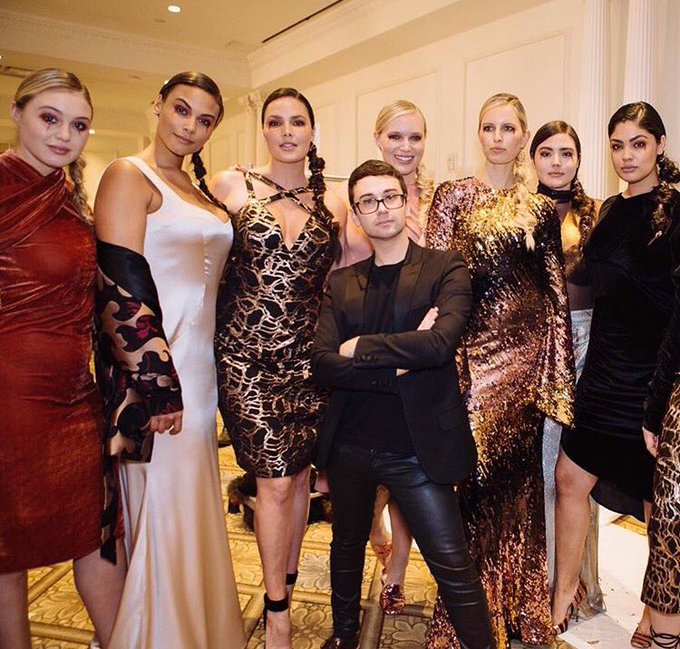 Hands down my favorite looks from this @csiriano show 💕

All the glamour on our #Fall2017 runway captured by @bradwalsh front row. #fashionweek #cfdanyfw #peoplearepeople

If this change is here to stay we cannot ensure that yet. But for some seasons now we have been witnesses of a major change that seems to be just the start into the total fashion inclusion I dream about.

END_OF_DOCUMENT_TOKEN_TO_BE_REPLACED

Plus Size fashion trends with Zizzi at Panorama Fashion in Berlin

Zizzi invited us, the brand ambassadors, for a fashion trip to Berlin to check out their lounge at the Panorama Fashion Fair, during Mercedes-Benz Fashion Week. It was such a great experience, I had a blast. And of course, I made images (and video) of everything so you guys can also be part of it. Come to check out all the plus size fashion trends, cool bloggers that visited us there, plus an exclusive sneak peek at the autumn winter 2017 collection.

END_OF_DOCUMENT_TOKEN_TO_BE_REPLACED

The 2016 Scandinavia’s Next Top Model season was all dedicated to the plus size girls. The winner got a contract with the British agency Milk Model Management, which is one of the most respected agencies in the industry, plus a cover in the Slink Magazine and campaign with lingerie chain Change.

The contestants – from Norway, Sweden and Denmark – ranged between 20 and 27 years old, they looked all very beautiful and determined to be the next Top Model of the coldest area of the world 🙂

END_OF_DOCUMENT_TOKEN_TO_BE_REPLACED

A plus size girl and the #KenzoxHm collection

I was ready! Elbows sharpen, combat mood and adventurous spirit on! It was 19h, 2 degrees when I left my apartment in a central location in Oslo heading to the only H&M concept store in town. It was a preshopping event, from 20h to 22h in which the hundreds of people queuing in the cold would be divided into groups to have 10 minutes to shop the Kenzo collection before everybody else. It did seem like a great thing for me. There I was, super cold, enjoying warm coffee and colourful doughnuts that were served for the poor lucky pre-shoppers.

I was in the second group. From the window,  I could already spot the location of the pieces I really wanted. The idea was to run and score my favourite dress, jacket, boots and socks. I also had the mission of buying something for my husband. It could be anything I thought he would wear.

By the time I finally got in the store, I and dozens of too excited Kenzo fans apparently had the same strategy. When they opened the fence I really wanted to run and grab that dress, I really wanted. But I just could not be aggressive with the other ladies and the desired piece was not mine. It ended up in someone’s faster hands. But in a world where good connections are everything, my girl went to the storage and I got all the pieces I wanted, in the largest sizes.

END_OF_DOCUMENT_TOKEN_TO_BE_REPLACED

October is a special month in fashion. It is when the industry supports the fight against breast cancer by donating part of the sales to research and development. Lindex launched the special Pink Collection and it is just great that the Finish house is contributing with fighting breast cancer with its own designs this year.

The pieces are a modern, feminine and strong conceptual range of carefully-selected garments and accessories in an exciting palette of colors with 10 % of the price being donated to cancer research.

END_OF_DOCUMENT_TOKEN_TO_BE_REPLACED

Hello gorgeous! I am Gisella Francisca, thanks for stopping by.

This space is ours and I love to hear from you. Here we talk women empowerment - in several ways.

Self expression and self love through style and beauty are my favourite subjects.

I believe we all can inspire each other and reach a better future where beauty standards will be a reference of the past.

Inclusion, diversity and women empowerment are the key words.

Hope you enjoy this blog as much as I do! :-) Follow me and let's keep in touch.